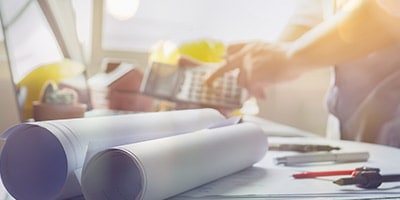 Why did Steve get in touch?

Steve is almost 50 and used to be employed where he had a workplace pension.

However, on joining the family business, his membership of this pension ceased. Keen to continue planning for his retirement, Steve took advice from the bank the business had used for many years. Over a period of time Steve set up a number of insurance policies, as well as a Stakeholder pension, albeit with a relatively small contribution.

We first met with Steve over five years ago and it’s fair to say he wasn’t engaged in the retirement planning process; a fact reflected by his low level of pension contributions.

However, fast forward a few years and Steve had started to think more seriously about planning for the future. Seeking an independent perspective, he decided to contact us, rather than the bank.

Steve’s problem was simple. His ability to achieve his retirement goals were all linked to the continued success of the business. If it failed, in a worse-case scenario, all of the business assets could be lost and his future plans scuppered.

How did we help?

Steve wanted to plan for the future, but he was still sceptical about pensions.

Much of his wealth, away from the business, was tied up in a commercial property. We showed Steve how the interaction of pensions and property could be used to his benefit. We arranged for Steve to make an ‘in-specie’ contribution of the commercial property, which was unrelated to the main business and let out to a third party, into a Self-Invested Personal Pension, or SIPP for short.

This action meant that the asset was ‘ring fenced’ from creditors should anything happen to the business. It saved Steve £48,000 in corporation tax! And, finally, the rent paid by the tenant now goes straight into the pension, with no tax due.

Our advice opened Steve’s eyes to the benefit of pensions and he now makes significant regular contributions as an employer to his own pension, reducing his gross profit and therefore corporation tax bill.

How did Steve benefit from our advice?

He now knows that regardless of what happens to his business, he has safeguarded one of his assets, which is now growing in his pension pot in a tax-efficient manner, aiming to get the kind of retirement he wants for himself and his wife.

Although there are no concerns with placing commercial property into a SIPP as a consolidation exercise, however it affects the overall risk give the asset allocation. It may be worthwhile highlighting this fact. Over time, it should reduce where profits are diverted into alternative asset classes.

A pension is a long-term investment not normally accessible until 55. The value of your investment (and any income from them) can go down as well as up and you may not get back the full amount you invested. The Financial Conduct Authority does not regulate tax advice.