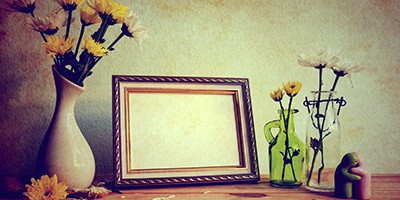 Why did Richard and Lisa get in touch?

We first met with Richard and Lisa when he was approaching 65 and considering retirement.

They were keen to understand whether they could afford to retire, but rather than looking at the big picture, they were looking at each of their pensions and investments in isolation.

How did we help?

When we sat down for our initial chat, all the information Richard provided was about his own pensions and investments.

However, they wanted to plan for their joint retirement, which meant widening the scope of our discussions to include Lisa’s pensions and investments. This included an exercise to understand their likely levels of expenditure in retirement, as well as any capital sums they would need. The results of this work meant we understood the income and capital they would need in retirement and could plan accordingly.

It was also vital that we considered how inflation will affect their future income needs; as well as the potential for having to meet the cost of care in old age.

Once we had all the information we needed, it soon became clear that both Richard and Lisa each had two Final Salary pensions. Coupled with their State Pensions, this provided an excellent level of guaranteed and inflation-proofed income. Richard also had several Personal Pensions.

However, the income they produced was heavily weighted towards Richard, leaving Lisa vulnerable should he die before she did. To address this risk, we recommended that Richard combine his Personal Pensions in to a Flexi-Access Drawdown (FAD) arrangement, taking his tax-free lump sum to meet some immediate lump sum expenses, but drawing no regular income.

This meant that if they need some additional income it could be taken from the FAD pot, secure in the knowledge that their day-to-day expenditure was easily covered by their Final Salary and State Pensions. It also meant that Lisa could take income from the FAD pot if Richard died before she did.

It should be noted that the FAD pot remains invested, as a result is subject to investment risk and can therefore go down in value, as well as up.

To complete the plan, we also looked at Richard’s ISA portfolio. It had been recommended to him by his bank and was invested in a way which meant he was taking more risk than he was comfortable with. We made changes to reduce the cost and invest in line with his attitude to risk.

How did Richard and Lisa benefit from our advice?

By looking at the bigger picture, rather than Richard’s pensions and investments in isolation, we were able to secure their financial future for the short, medium and long term.

Their day-to-day expenditure is covered by guaranteed and inflation proofed income, while they have additional ‘pots’ they can dip in to when necessary. The fact Lisa will have sufficient income, should Richard die before she does, provides an additional layer of comfort.

Whilst consolidating into a FAD may appear appropriate, it is recommended that you reference the fact it remains invested, therefore subject to investment risk.

The value of your investment (and any income from them) can go down as well as up and you may not get back the full amount you invested. The tax implications of pension withdrawals will be based on your individual circumstances, tax legislation and regulation which are subject to change in the future.