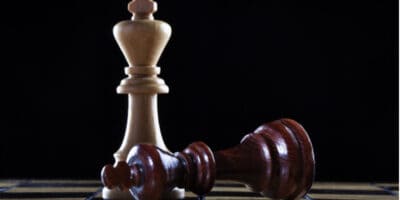 A year ago, Rishi Sunak delivered his first Budget just as the pandemic began to take hold. While his £30 billion package sounded significant, it’s a sum that has paled into insignificance over the last 12 months as the chancellor has spent £280 billion shoring up the UK economy.

As the chancellor acknowledged in his speech: “The damage coronavirus has done to our economy has been acute”.

So, who are the winners and losers of the 2021 Budget?

It’s been a tough year for many sectors, and retail, leisure, and hospitality businesses have been particularly hard hit.

Sunak also confirmed an extension to the temporary 100% business rates relief for hospitality, retail, and leisure until the end of June. He will then discount business rates by two-thirds, up to a value of £2 million for closed businesses, with a lower cap for those who have been able to stay open.

The chancellor also extended the temporary VAT reduction in these sectors from 20% to 5% until 30 September. There will then be an interim 12.5% VAT rate until April 2021.

Alcohol duties were frozen for the second year in a row.

Businesses with staff on furlough

In a pre-Budget statement, Sunak summed up his Budget: “We’re using the full measure of our fiscal firepower to protect the jobs and livelihoods of the British people.”

Sunak most clearly demonstrated this commitment by announcing the government will extend the furlough scheme until the end of September 2021 – longer than businesses expected.

The government will cover the wages for workers who have been put on leave due to the pandemic (up to a maximum of £2,500 a month) at the following rates:

Employers will have to pay the difference to 80% – so 10% of wages in July and 20% in August and September.

This is a major commitment by the Treasury as the scheme costs around £5 billion each month.

The fourth Self-Employed Income Support Scheme (SEISS) grant for February, March, and April 2021 will cover 80% of monthly profits up to a maximum of £2,500 a month.

People who became self-employed in the 2019/20 tax year, and have filed a 2019/20 tax return, will also be eligible for the fourth and fifth grants, helping an additional 600,000 workers.

A fifth grant, covering May, June and July 2021 will also be available.

As expected, the chancellor announced a three-month extension to the Stamp Duty holiday. This tax break will now finish at the end of June, at a cost of about £1 billion to the Exchequer.

Sunak also relaunched the Help-to-Buy scheme to bring back 95% mortgages, which are mainly used by first-time buyers and have been in short supply due to the pandemic.

Here, the Treasury will offer lenders a guarantee covering 95% of property value, up to £600,000. This will encourage banks and building societies to lend to first-time buyers and current homeowners.

Sunak said: “By giving lenders the option of a government guarantee on 95% mortgages, many more products will become available, helping people to achieve their dream and get on the housing ladder.”

Lenders including HSBC, Lloyds, and Halifax will offer these deals from April 2021 onwards.

The government have extended the temporary £20 per week uplift in Universal Credit benefits until the end of September 2021. This will be a one-off payment of £500.

After announcing a hike in business tax rates (see below), the chancellor announced what he called the “biggest business tax cut in modern British history”.

A new “Super Deduction” will come into force for two years. This means that, when companies invest, they can reduce their tax bill by 130% of the cost of the investment.

Sunak gave the example of a firm currently spending £10 million on equipment. At present they benefit from a £2.6 million tax reduction but, under the Super Deduction they would get a tax break worth £13 million.

The Office for Budget Responsibility say it will boost business investment by 10%.

The chancellor cancelled the planned increase in fuel duty.

People living in the East Midlands, Liverpool, Plymouth, and other freeport locations

Goods that arrive at freeports from abroad aren’t subject to the tax charges that are normally paid to the government. The tariffs are only payable when the goods leave the freeport and are moved somewhere else in the UK.

The first step to repairing the public finances came in the form of a Corporation Tax rise which will come into force in April 2023.

Small businesses – those with profits less than £50,000 – will benefit from a “small profits rate” of 19%. This means 1.4 million businesses will be unaffected and pay the same rate.

There will be a taper for profits above £50,000, so the 25% Corporation Tax rate will only apply to businesses who make profits of £250,000 or more. Sunak says that just 1 in 10 companies will pay the full higher rate.

While the chancellor announced no Income Tax, VAT or National Insurance rises, the decision to freeze the Personal Allowance at £12,570 and the higher-rate tax threshold at £50,270 from 2021/22 to 2026 equates to, essentially, stealth taxes.

A freeze drags more people into paying Income Tax and will also push 1.6 million people into the higher tax bracket by 2024, raising around £6 billion for the Exchequer.

In an expected move the chancellor announced he was freezing the Lifetime Allowance – the amount an individual can save into a pension before incurring tax charges. The allowance will remain at £1,073,100 until 2026.

This is another stealth tax, as it means that anyone whose pension savings are above this amount could face a levy of up to 55% on any additional lump sums or income taken from their pension pot.

Just as the chancellor froze the pension Lifetime Allowance, he also announced a freeze in the Inheritance Tax (IHT) threshold and the Capital Gains Tax (CGT) annual exemption until April 2026.

The annual Capital Gains Tax exemption will remain at £12,300 for five years.

As the value of assets such as house prices and investments rises over the next five years, this freeze will see more people face a CGT or IHT liability, raising additional revenue for the Exchequer.

If you want to chat about how the 2021 Budget affects you, please get in touch.

Please note: The information provided in this article is for your general information purposes only and is not intended to offer advice. It is intended as a summary of the Governments budget announcement. Although endeavours have been made to provide accurate information, we cannot accept responsibility for any loss as a result of acts or omissions taken in respect of any of the content within this publication.